View basket “Chlorella Powder” has been added to your basket.

The blue-green powerhouse of protein, spirulina is brim full of B complex vitamins as well as vitamins A, C, D, and E. Packed full of potassium and other trace minerals.

What is Spirulina Powder?

Our Spirulina Powder is bursting with nutrients such as proteins, minerals, and vitamins. It is one of the world’s oldest and most potent superfood that boasts Vitamins A, B, C, D, and E. Its concentrated nutritional value means it is a richer form of nutrients than most vegetables. Due to its high content of nutrient properties, it is an excellent supplement for vegetarians and/or vegans. Our 100% organic Spirulina Powder is sourced with respect for nature so you know you’re receiving all the benefits this alga has to offer in the best possible way. It has been shown to improve muscle strength and endurance, alleviate allergy symptoms, boost the immune system, reduce blood pressure, boost metabolism, lower cholesterol levels, and prevent heart disease. Studies have shown it can help to manage diabetes, help to treat anaemia, support mental health, treat chronic poisoning. Early studies of the effects of spirulina indicate that it may have anti-cancer properties and is effective in the bodies fight against the AIDS virus.

Building our Spirulina Powder into your diet is easy due to the versatility of the powder form. It can be diluted into water; added to smoothies, milkshakes or juices; included as an ingredient when baking; or sprinkled over salads or soups.

Where does Spirulina Powder come from?

How to use Spirulina Powder

Our Spirulina Powder is an extremely versatile supplement that can be easily incorporated into your daily diet. As with all natural foods, it is best to slowly introduce it into your diet gradually, and building up to the recommended dosage. We recommend 1 tablespoon a day is plenty to absorb all the nutrients in Spirulina.

Here are some of our favourite ways to take Spirulina Powder:

If you’re not a fan of the ‘green’ taste of Spirulina Powder why not try our Spirulina Tablets that have little to no taste but just as much nutritional value.

Be the first to review “Spirulina Powder” Cancel reply 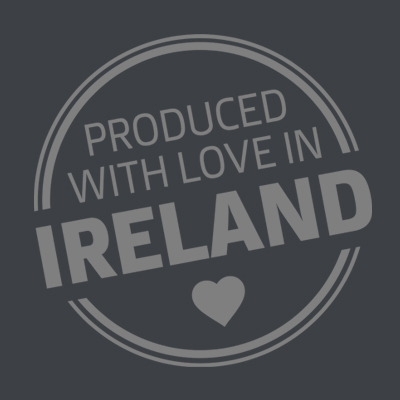 NUA Naturals is a health food business situated at the cutting edge of the rapidly growing global trends of health and wellness such as 'Raw foods', 'Lactose Free' and 'Vegan'. NUA Naturals are lovers, suppliers and producers of organic health and superfoods across the globe.

All of our products are healthy foods, sourced from around the globe with respect for nature. Our products are nutritious and help embrace a healthier way of living. Our foods are not intended to treat, diagnose, cure or prevent any disease. Enjoy NUA Naturals as part of a happy, healthy, balanced lifestyle!
© Copyright 2020 Nua Naturals. All Rights Reserved. Foca Organics Limited T/A NUA Naturals is registered in Ireland Cro No: 494325 VAT No: 9777935W.
Website design by: Rob&Paul.
1